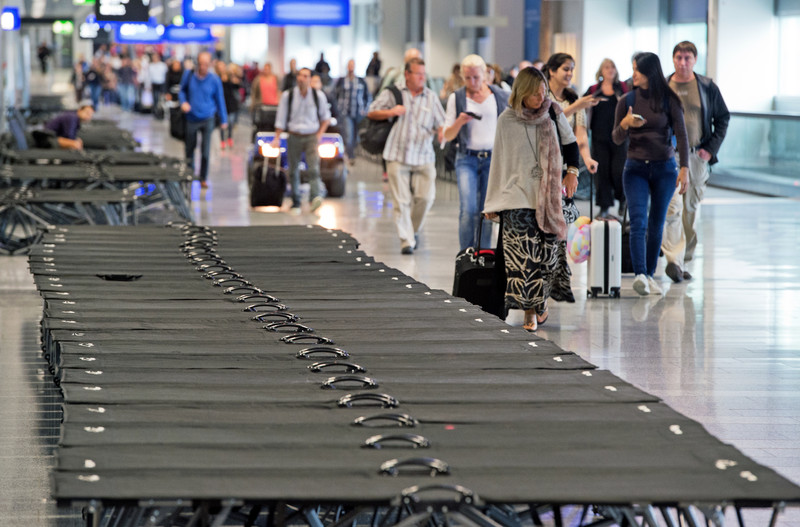 epa05014334 Hundreds of stretcher beds were set up in the airport’s transit zone for those onward-bound travellers, especially from India, who lack visas to enter Europe, at the airport in Frankfurt am Main, Germany, 06 November 2015. Lufthansa cancelled 290 flights after its flight attendants rorganised in cabin crew union UFO announced the first stoppages in a rolling eight-day strike in defence of their retirement benefits.
The union, Ufo, is demanding preservation of retirement benefits that enable many stewards to retire from 55. The strike threatens to pull the airline group back into the red after a quarter where its earnings rose by half and it forecast a strong full year. EPA/BORIS ROESSLER