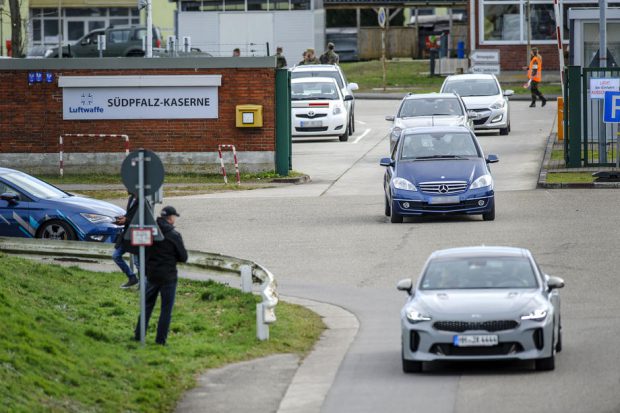 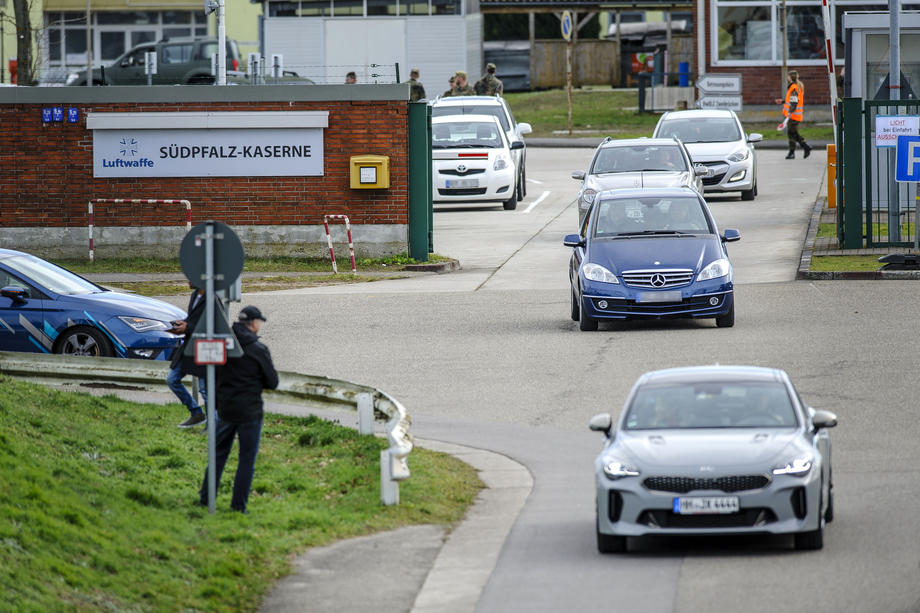 epa08221957 Private vehicles leave Suedpfalz military base in Germersheim, Germany, 16 February 2020. A group of 124 German citizens were released by private cars and busses, after a quarantine of two weeks in the Suedpfalz military barrack, near Stuttgart. They were evacuated from Wuhan, China by the Bundeswehr shortly after the newly-discovered virus, which has officially been named 2019-nCoV and causes the disease COVID-19 outbreak. EPA-EFE/MAXIMILIAN VON LACHNER